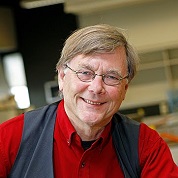 As professor of Virology in Hannover, Rotterdam and Utrecht, Ab Osterhaus has a long track record as scientific researcher and PI of numerous major scientific projects.
At Erasmus MC he has built the >40 persons virology diagnostic lab and the > 100 persons viroscience research lab. His research programme followed a novel integrated “viroscience” concept, bringing together world leading scientists in molecular virology, immunology, epidemiology, pathogenesis, and intervention studies on human and animal virus infections.
After having handed over the chairmanship of the Erasmus MC Viroscience lab in 2015, he is currently establishing the Research Centers RIZ –TiHo Hannover (GE) and Artemis One Health, Utrecht (NL), both dedicated to research on One Health.
Major achievements of his work include the discovery of more than 50 human and animal viruses (e.g. human metapneumovirus, coronaviruses, influenza viruses), elucidation of the pathogenesis of major human and animal virus infections, and development of novel intervention strategies. This has enabled health authorities like WHO, to effectively combat disease outbreaks like SARS and avian influenza. The spin-off, Viroclinics Biosciences BV, is among his societally relevant successes, allowing effective testing and refining of diagnostic tools and other intervention strategies.
Awards, prizes, guest lecture invitations, (co-)organiserships of international meetings and editorships of scientific journals further highlight his international recognition. He has acted as mentor for more than 70 PhD students, holds several key patents and is the author of more than 1100 papers in peer-reviewed journals, together cited more than 50,000 times, his H index is 97.
Most of all, Ab Osterhaus firmly believes scientists have a role to play in translating their knowledge for the benefit and protection of society.