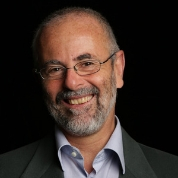 Giovanni Battista Migliori is specialist in Respiratory Medicine and Medical Statistics, and Auditor of Quality Systems. With more than 20 years of experience in design, implementation and Monitoring & Evaluation of TB and TB/HIV control programmes globally, he is Head of Clinical Epidemiology of Respiratory Diseases Service and Director of the World Health Organization (WHO) Collaborating Centre for TB and Lung Diseases at Fondazione S. Maugeri, Tradate, Italy active in TB control, training and research activities at the global level.

He was elected a Fellow of the Royal College of Physicians (FRCP), London in 2012 (honorary nomination, bye-law 39b) and Foundation Fellow of the European Respiratory Society (FERS) in 2014.

He has published more than 400 peer-review papers on COPD, Asthma, Pulmonary Rehabilitation and TB (h-index 59). He is author of the first European Respiratory Society TB guidelines (1999); author/coordinator of several guidelines supporting ECDC/WHO development of EU-TB control policy; author of all guidelines belonging to the Wolfheze series (European WHO/UNION/ECDC Consensus); coordinator of the ESTC (European Standards for Tuberculosis Care); promoter of the newly built Kosovo national TB Programme, in collaboration with USAID, and of the implementation of TB control in countries experimenting war or massive migration; coordinator of DST EQA studies and drug resistance surveys in several countries (Italy, Mozambique, Burkina, Kosovo, Russia, Ukraine); pioneer of the TB under-reporting evaluation with a series of important studies in different journals, which have been used by WHO to implement better surveillance guidance; promoter of treatment outcome evaluation as a surveillance and research tool; author of the 2013 WHO educational package supporting Countries to develop National Strategic Plans and to apply to the Global Fund for funding.

He demonstrated with experimental data the adequacy of the XDR-TB definition, the impossibility to use the TDR definition and the need to stratify outcomes beyond XDR-TB. He has coordinated the USAID-funded project which developed a tool supporting countries in identifying gaps and proposing solutions to prevent and manage MDR- and XDR-TB. This tool has become the standard tool used by the WHO Green Light Committee. He is the coordinator of the European TB Elimination movement, with conceptualisation of TB Elimination, development of the first framework, of the feasibility white paper within the ERS Forum initiative, of the European survey on preparedness and finalisation of the WHO framework resulting from the ERS/WHO event in Rome (2014).

He is currently an Associate Editor of the European Respiratory Journal and of the International Journal of Tuberculosis and Lung Disease and the Brazilian Journal of Pulmonology.

He has been Secretary General and WHO /ECDC Liaison Officer of the European Respiratory Society.

Actually he is also the Chair of the newly established Global TB Network (GTN) hosted by WAidid: a mechanism linking together clinicians, public health experts, patients, civil society, scientific societies, major organizations, WHO, UNION as well as donors and pharma to actively pursue TB Elimination with a global effort building on existing collaborations in the area of research, advocacy and training.